When it comes to the Second World War, we often remember the great battles and the allied soldiers fighting their way across Europe and eventually to victory. However, none of that could have happened if not for the brave men who cleared the way for it all. Donald Somerville was one of these heroic men.

Somerville was assigned to the 1 Canadian Base Units Construction Company of the Royal Canadian Engineers. For three years he trained in construction and infrastructure, all in preparation for the crucial and extensive mission he would be sent on.

In August 1944, the 23rd Field Company joined up with the 4th Armoured Division. They were assigned to build a bridge across the Seine River. The bridge was built in under 24 hours, an extraordinary feat.

Somerville and his fellow engineers did more than construction and demolition. The company also played a major role in the evacuation of the British 1st Airborne Division when they were surrounded in Oosterbeek (just west of Arnhem in the Netherlands).

As 1944 came to a close, Somerville suffered an injury to his foot. While the injury was not severe, it did result in him being transferred to the 20th Field Company where he spent the rest of the war.

Even after the war ended and Somerville had been sent home, he continued to use his engineering skills to serve his country. During the Korean War, he helped construct the Lockhead T-33 Trainer Aircraft.

In 2015, in recognition of all he had done and all the men he had helped save, Donald Somerville was knighted by the French government. 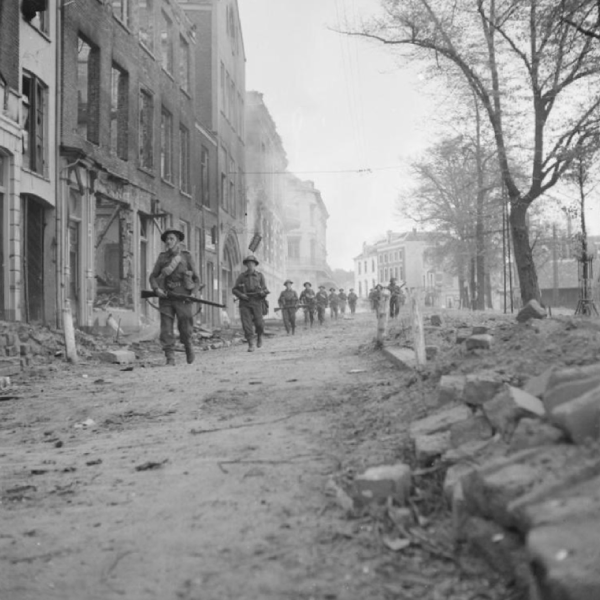