The Finkle/Leonard Clan (David Finkle, Laura Leonard and daughters) is a blended family of traditional knowledge keepers, artists, facilitators and performers representing 4 distinct indigenous nations from what is now known as Canada.

They have resided in the Ottawa area for the past dozen years or so and are trusted members of the local indigenous community that participate regularly in various local festivals, powwows, performances, benefits, protests, socials & ceremonies as well as assisting in the facilitation of workshops in local schools and community centers.

Joined this time around by champion traditional Mohawk smoke-dancer Clayton Longboat from Six Nation territory, you are bound to be mesmerized by their special blend of traditional first nation’s song and dance. 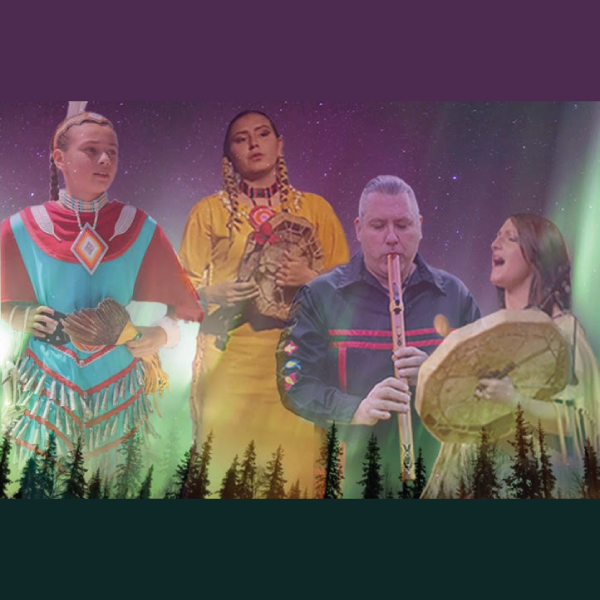