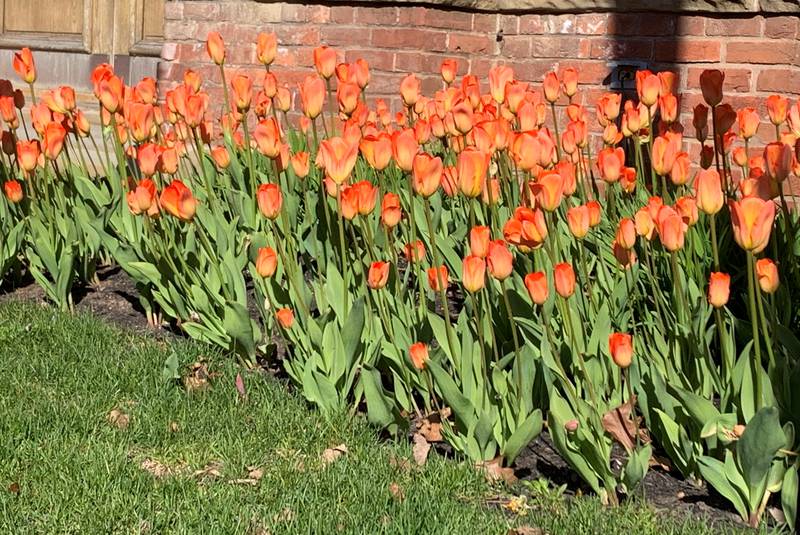 Orange tulips are popping up in flower beds around City Hall in Charlottetown.