The neighbourhood David O’Malley lives in is called the Glebe. It’s a funky 130-year-old urban community in Ottawa, Ontario, Canada— red brick Victorian homes, some stately, some working class, excellent schools as old as the neighbourhood, tall trees pleached over shady streets, open-minded and highly educated people, happy kids, diverse, desirable and timeless, close to everything, surrounded on three sides by the historic Rideau Canal. People come from all over the city, the country, even the world to walk its pathways, attend its festivals, sporting events and skate the canal. You may find a more upscale neighbourhood, a trendier one, a more affordable one, but you will never find a better one.

It is a truly perfect place to raise a family, build a business and live out a life as David has done. It is safe, historic, dynamic, walkable, serene and peaceful… but once it must have felt like the saddest place on earth. Its shady avenues ran with apprehension and despair, its busy serenity masked the constant high frequency vibration of anxiety and the low pounding of sorrow. Behind every door and every drawn curtain hid anxious families. Behind many were broken parents, heartbroken wives, memories of summers past and lost, the promises of a future destroyed, children who would never know their fathers.

This project began as a result of curiosity and then became a Remembrance Day Project that David struggled for months to complete. Sadly, he was still adding names well after the 11th of November. It is now simply an homage to a generation of parents, brothers, sisters, wives and grandparents who carried the terrible weight of sacrifice well into the 21st Century. An homage to the Silver Star Mothers, the broken fathers, the shattered families and the solitary wives. God bless them.

Meet the faces that fought in the Liberation of the Netherlands and read the stories of these brave soldiers, who left the safety of their homes in the Glebe neighbourhood, right next to the site of The Canadian Tulip Festival, to fight for freedom overseas. 472 Soldiers along with their rank, vital statistics, and close family members, representing the Army, Airforce and Navy are featured on our interactive map, providing a cross-section of the stress and sacrifice all our Canadian communities were experiencing. 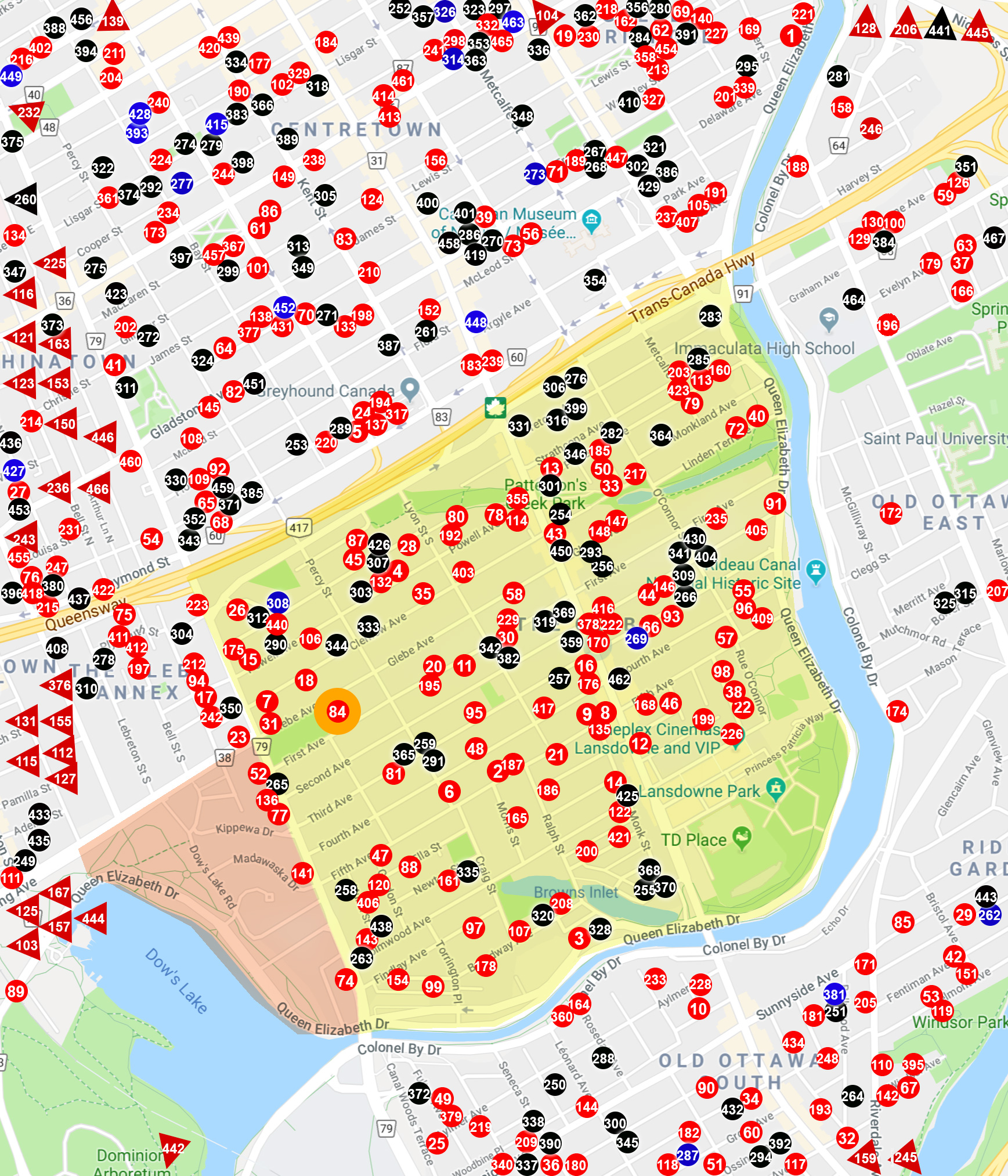