A Letter from the President 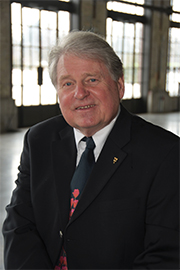 In the years since its founding in 1953, the Canadian Tulip Festival has become a part of our country’s national identity. A nationwide Ipsos Reid survey reported that the Canadian Tulip Festival consistently ranks as one of the top 5 images that come to mind for Canadians when they think of their nation’s Capital…ahead, even, of the beloved Ottawa Senator’s hockey team!

Canadian affection for the Tulip Festival is likely a result of its historical roots together with those 67 years of celebrating winter’s end amidst Ottawa’s floral spring beauty. Beauty created by Canada’s gardener, the National Capital Commission.

Drawing an estimated 600,000 national and international visitors, the Canadian Tulip Festival has served as both a celebration and a remembrance of the 1945 gift of tulips from The Netherlands to Canada that led to the founding of the festival.

Our hope is that you will enjoy our efforts, and those of our partners, to maintain and grow the Canadian Tulip Festival legacy. Welcome to spring in Canada’s Capital!