Pipe-Major MWO AB Clark joined Ceremonial Guard in 1993 and in 2004 was appointed as Pipe Major. In 2006, he was promoted to Master Warrant Officer and in April 2007 was awarded the Commander Land Staff Commendation for services to Piping in the Army.

Alan has led many bands, including the Windsor Police band from 2000-2002 which boasted over 100 members within its Grade 2, Grade 4, parade band and teaching school.

In 2010, he was the first winner of the Piping Centre shield at the Scottish Piping Society of London, UK and in the same year won the Open Piobaireachd Trophy at the New Hampshire Highland Games.

Alan has been a piper in the Grade 1, 78th Fraser Highlanders Pipe Band and is currently working with the Glengarry Pipe Band, And Pipe Major of the Ceremonial Guard and The Cameron Highlanders of Ottawa. 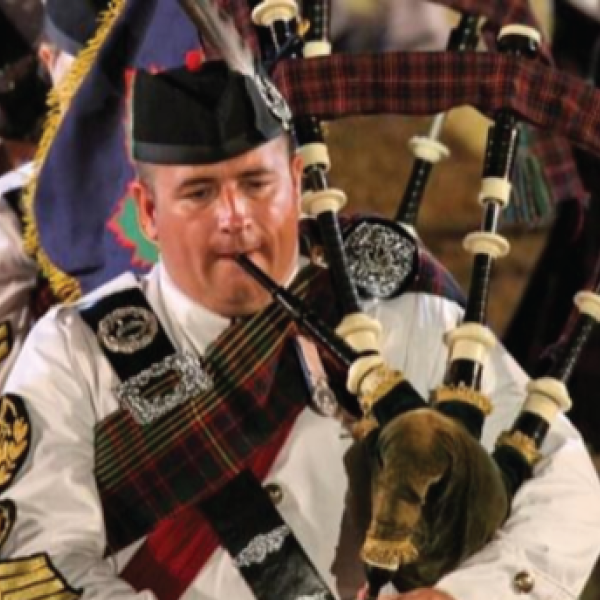